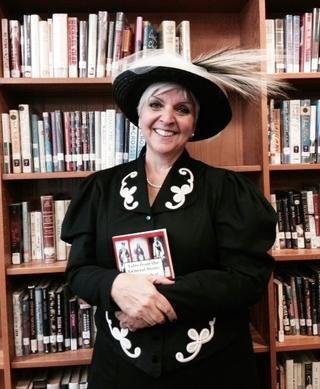 Janet Emily Demarest was born and raised on Long Island. She holds an MBA in Organizational Behavior from Adelphi University and an Advanced Certificate in Creative Writing from SUNY/ Stony Brook in Southampton.

Her first book, "Tales from the General Store: The Legends of Long Island" was published in 2014; her second, "A Merry, Very Victorian Christmas!" launched on November 1, 2016. A third book is in the works dealing with values as enduring constructs.

A popular lecturer and storyteller, she appears on stage and in lecture halls, at universities, historic groups, museums and libraries. Formerly a university professor teaching Organizational Behavior and Management skills at a time before the Internet was accessible everywhere, she became fascinated with the increasing need for, and use of, history and human values in management applications today, when communications, both positive and negative, abound freely. Using American history as a framework to uplift and inspire, instill pride and reinforce values, she teaches about storytelling as a means for people to connect, giving programs dealing with culturally-based history, and performing historical theatrical works.

The author - an educator, playwright, musician and artist – is the former Storyteller-in-Residence at Old Bethpage Village Restoration (Long Island, New York). She is a proud member of The Dramatists Guild of America, The Authors Guild, and the New York Folklore Society. www.janetdemarest.com